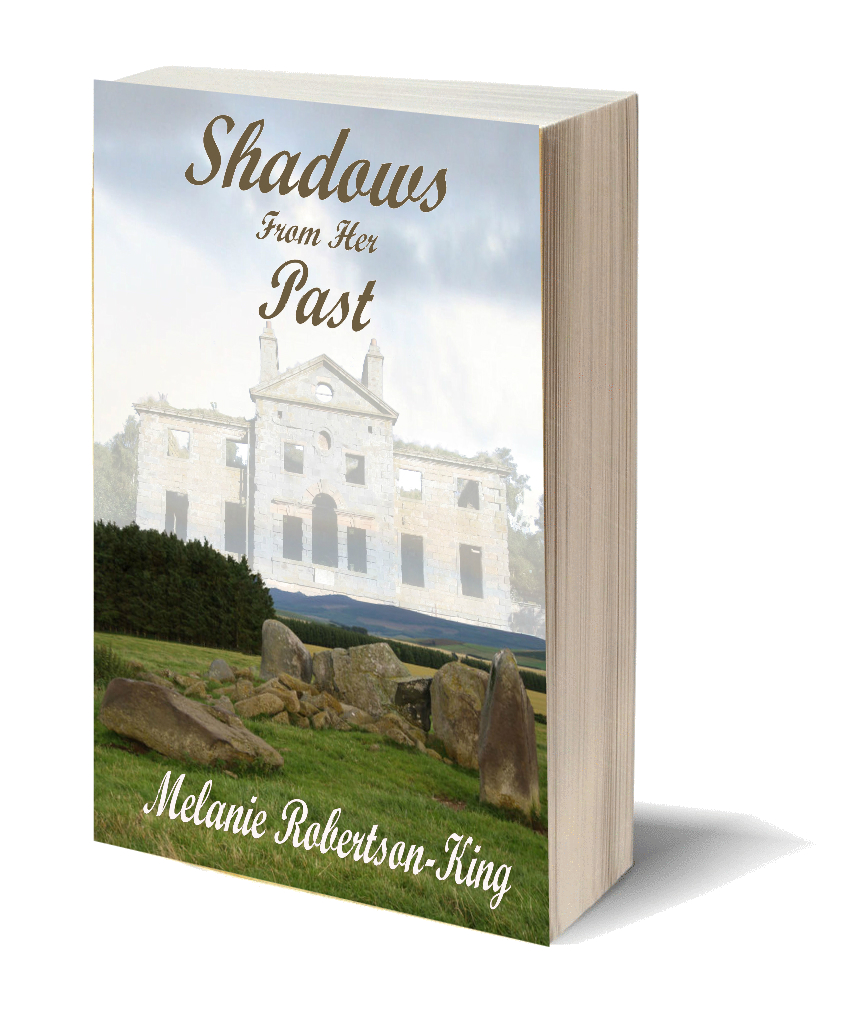 In the first book of the series, ‘A Shadow in the Past’, Sarah Shand is a young woman from 2010, who suddenly finds herself yanked from her modern life, and deposited at the door of Laird Robert Robertson of Weetshill, a nearby manor home, resplendent and beautiful, that in her time, is abandoned and in extreme disrepair.

After some understandable confusion, denial, and finally acceptance, Sarah adjusts to her new life in the 1880s. Letitia, a local woman Laird Robert was to marry makes trouble for them, but in time, Sarah and Laird Robert tie the knot.

Then, in ‘Shadows From Her Past’, Sarah awakens in the Aberdeen Royal Infirmary from a months-long coma. Her sister, Rachel, and her mother are alarmed at Sarah’s story of living at Weetshill, even though she’s wearing Robert’s rings. They try to convince her she was dreaming or hallucinating.

Sarah becomes friends with David Robb, a medical student working at the hospital, finding he is similar to Laird Robert, but not a replacement for her husband.

Unable to leave the hospital until her physical therapy is complete, Sarah sends Rachel to research Weetshill at the time she was there. What Rachel finds shocks her. Maybe there’s some truth to Sarah’s story.

Released from the hospital, Sarah searches for a way to return to Robert.

Does Sarah find her way back to her husband? What about David Robb? Do the lines blur between the past and the present?

With this second book, Ms. Robertson-King completes the story started in the first book. This is a wonderful story of love and life, both modern and in the past. I’d recommend both books – I give it 5-stars. Dayna Leigh Cheser, Author

What if you could travel back in time? What if during that time period before you were even born you married a wonderful man and adopted a little girl? And then suddenly you’re back in your present time, the victim of an accident, and want desperately to return to your husband and daughter? What would you do?

In Author Melanie Robertson-King’s novel SHADOWS FROM HER PAST Sarah Shand faces such a situation. When she awakes from a coma caused by the accident, her parents and the doctors think she’s confused when Sarah tells them about Robert Robertson and Jenny, her new family. Could her memories be only a dream or a result of her injuries, which almost killed her?

Told in alternating points-of-view from Robert, who sometimes appears to Sarah but then disappears as quickly, and Sarah, who is beginning to have feelings for David Robb a medical student that took care of her, the couple attempt to discover the truth. But Sarah and Robert run into all sorts of complications in their struggles to get back together again. And I could not stop reading until I knew if they succeeded.

Melanie Robertson-King has a special touch when creating her characters. She makes them so real you want them to succeed in their quest for happiness or whatever they’re looking for. In SHADOWS FROM HER PAST the author weaves a mystery, a romance, and a family that you hope will find happiness in their lives.

This is a great sequel to A SHADOW IN THE PAST. I enjoyed meeting Sarah and Robert again, along with the old familiar characters and the new ones too. Even if you haven’t read the first book, I think you’ll enjoy this one. You might want to read them both. Beverly Stowe McClure

I hope you’ll read “Shadows from Her Past.” I believe you’ll enjoy it. Author, Melanie Robertson-King takes you forward in time with Sarah Shand’s mother, father, and sister and backward in time with her husband, Robert Robertson and daughter, Jenny. Stuck in the future with injuries when a car hits her, Sarah Shand can’t back to the stone circle to get back to the 1880s to keep her family from harm. Sarah makes you understand how frustrating it would be not to be able to walk and get around. Author helps readers slip on Sarah’s shoes and meet someone who looked like her husband from the past. Living one moment in 1886 and the next being in 2010 would be scary, exciting, and frustrating all at the same time. Would Sarah be able to choose the time she wanted to live in? Would she be stuck in a time she didn’t choose? Joan Y. Edwards

Shadows From Her Past, a sequel to A Shadow in the Past is the delightful continuing story of Sarah Shand. Billed as a Young Adult/Romance it is a story that will enchant all ages. The book can stand alone, in its own right, or be read as follow-up. There is just enough backstory that you understand what happened and then Sarah’s story moves forward.  There is a touch of paranormal in this one and Sarah struggles once again with disbelief, uncertainty and despair in her own time. She can’t leave her past behind. Or can she? I’m not giving away the story but this is a fun and satisfying read. A worthy addition to the growing line-up of books by Melanie Robertson-King. Dorothy Bush 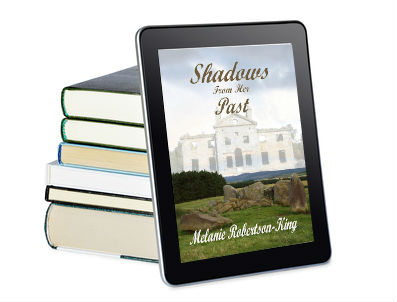