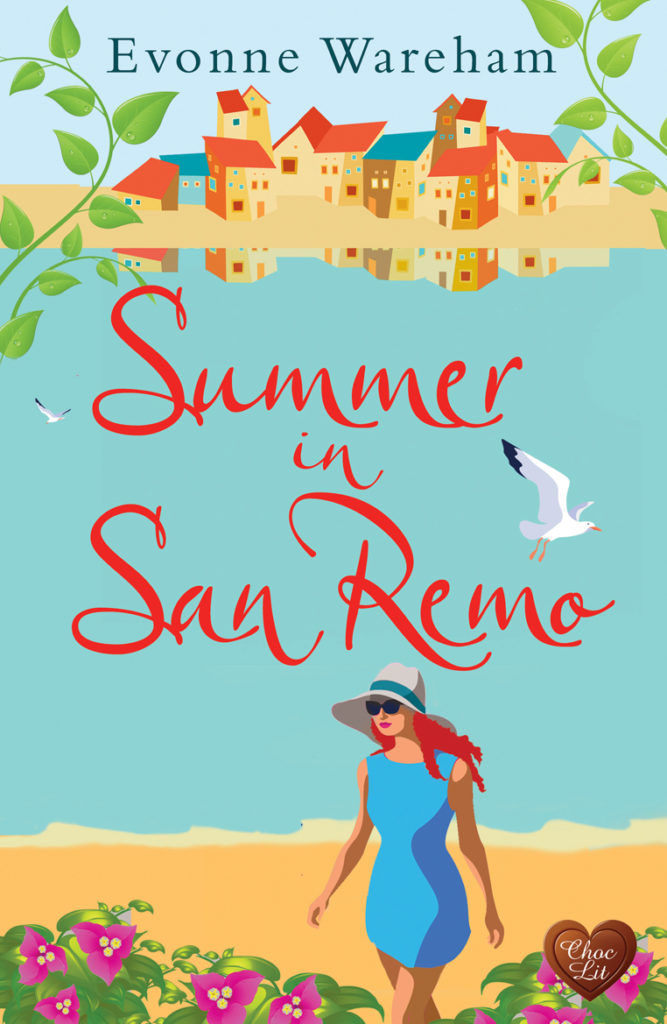 Anything could happen when you spend summer in San Remo …

Running her busy concierge service usually keeps Cassie Travers fully occupied. But when a new client offers her the strangest commission she’s ever handled she suddenly finds herself on the cusp of an Italian adventure, with a man she thought she would never see again.

Jake McQuire has returned from the States to his family-run detective agency. When old flame Cassie appears in need of help with her mysterious client, who better than Jake to step in?
Events take the pair across Europe to a luxurious villa on the Italian Riviera. There, Cassie finds that the mystery she pursues pales into insignificance, when compared to another discovery made along the way … 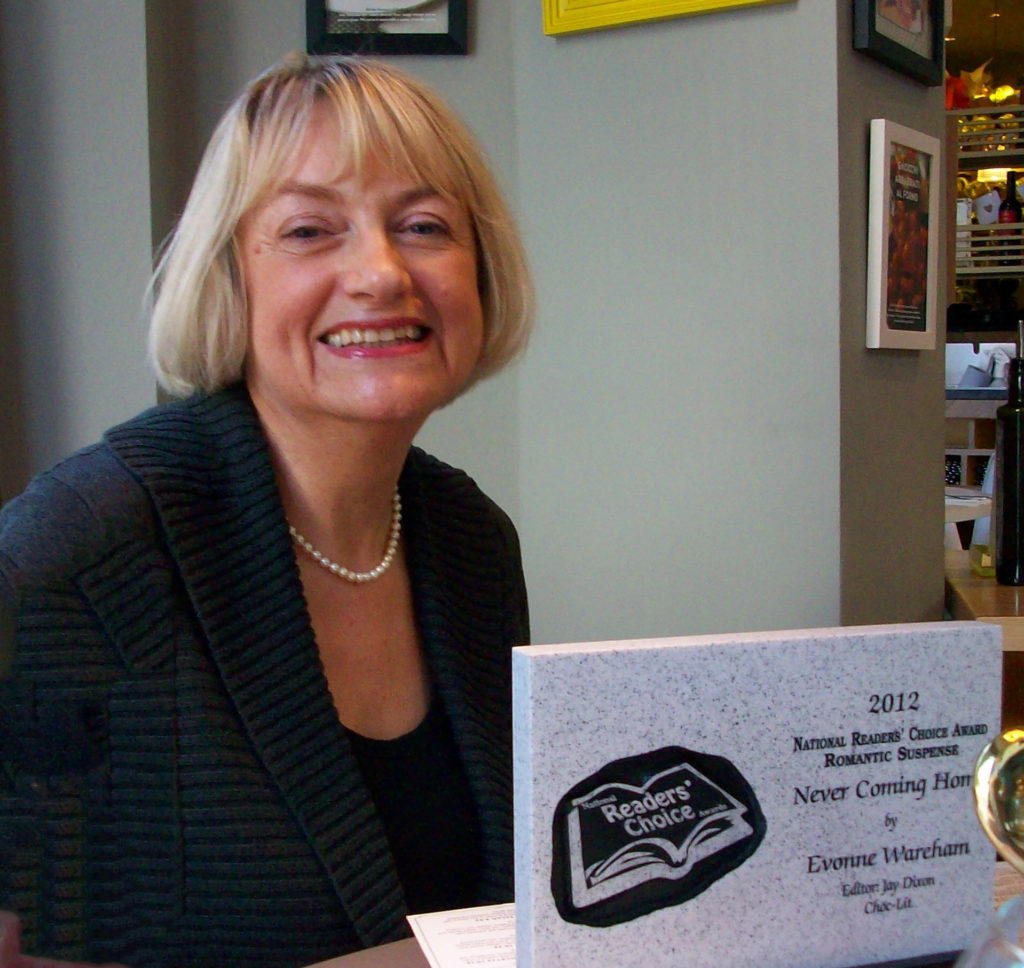 Evonne Wareham was born in Barry on the South Wales coast, but spent most of her working life in London. Now home again in Wales she is studying for a PhD in History and writing romance. She was a finalist in two reality writing contests in the United States and had a great time, even if she didn’t win. When not studying or writing, she loves to travel, go to the theatre, walk on the beach and sleep. She has won and been nominated for awards for her romantic suspense novels on both sides of the Atlantic, but Summer in San Remo is something different – a romantic comedy with a light dusting of crime – which is a change of pace from writing the dark scary stuff. She is a member of both the Crime Writers’ Association and the Romantic Novelists’ Association, which means she gets to go to twice as many literary parties. 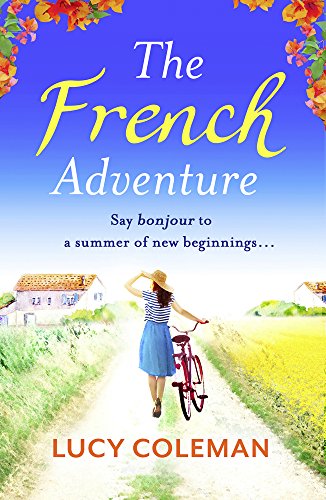 Packed full of French flavour and idyllic settings this is a romantic, heart-warming and unputdownable new novel about life and love, perfect for anyone who loves Milly Johnson, Lucy Diamond and Debbie Johnson.

Suddenly unemployed and single, Anna escapes to her parents’ beautiful house in France for a much-needed recharge – and to work out what she wants to do next with her life now her carefully mapped out plan has gone out the window.

Anna gives herself 6 months to recuperate, all the while helping renovate her parents’ adjoining gites into picturesque B&Bs. But working alongside the ruggedly handsome Sam on the renovation project, she didn’t expect for life to take an unexpected, if not unwelcome, twist…

Two weeks today will be the first anniversary of our first real date. Being wined and dined in a chic little French restaurant was a gigantic step forward; it signalled the beginning of a new era in my relationship with Karl. Even though at least half of the meal was spent talking about work, his intentions were clear – we were no longer simply colleagues and romance was in the air.

Since then, Karl must have told me that he loves me more than a thousand times. You might think I’m exaggerating, but I can assure you that’s not the case. He usually manages to slip it into the conversation at least three times a day. The first time he said the L word to me, it slid off his tongue so easily I could almost have missed it. It wasn’t a staring into each other’s eyes moment of discovery, just a casual ‘love you, babe’.

As the months rolled by, I pushed aside my growing fear that it was only a word to him. Because it means so much more to me, I freeze whenever he tacks it onto a sentence.

And, yes, I’m very aware that my air of disapproval does make me sound ungrateful and undeserving. But it’s all about self-preservation, you see. I’ll never utter that word again until I’m one hundred per cent certain that the man I’m saying it to believes I’m their soul mate too – the perfect fit.

The last time I uttered the L word, was six years ago. It was to a guy I’d known since childhood and the man I genuinely believed I would marry when the time was right. He was handsome in a rugged way, fired up with ambition and exciting to be around. Sadly, everyone we knew thought we were the perfect couple too, except the guy in question, as it turned out… 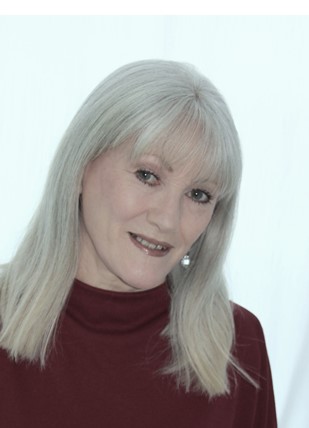 Lucy Coleman always knew that one day she would write, but first life took her on a wonderful journey of self-discovery for which she is very grateful.

Family life and two very diverse careers later she now spends most days glued to a keyboard, which she refers to as her personal quality time.

‘It’s only when you know who you are that you truly understand what makes you happy – and writing about love, life and relationships makes me leap out of bed every morning!’

If she isn’t online she’s either playing with the kids, whose imaginations seem to know no bounds, or painting something. As a serial house mover together with her lovely husband, there is always a new challenge to keep her occupied!

Lucy also writes under the name Linn B. Halton. 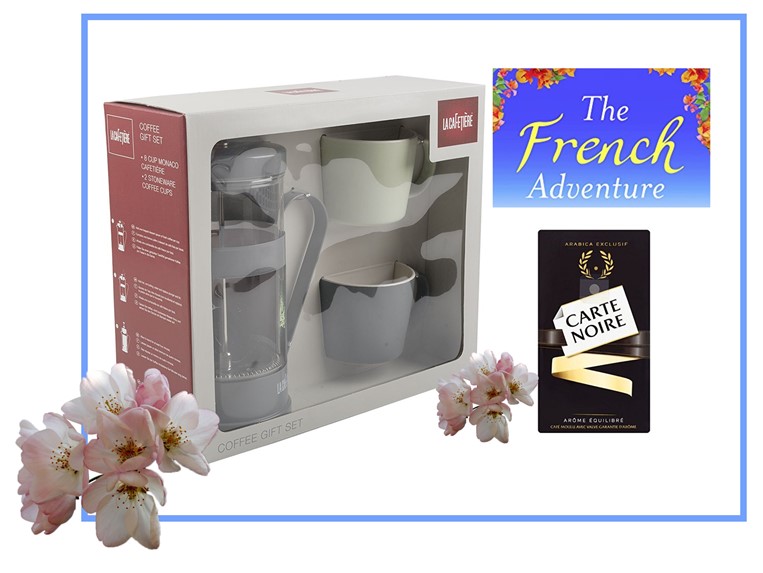 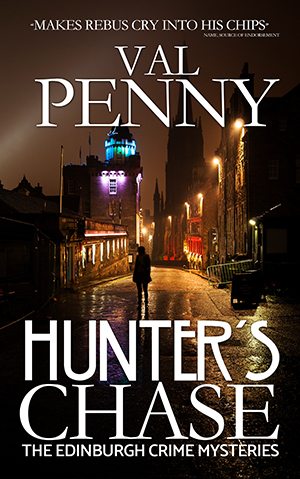 Hunter by name – Hunter by nature: DI Hunter Wilson will not rest until Edinburgh is safe.

DI Hunter Wilson knows there is a new supply of cocaine flooding his city and he needs to find the source but his attention is transferred to murder when a corpse is discovered in the grounds of a golf course. Shortly after the post-mortem, Hunter witnesses a second murder but that is not the end of the slaughter. With a young woman’s life also hanging in the balance, the last thing Hunter needs is a new man on his team: the son of his nemesis, the former Chief Constable. Hunter’s perseverance and patience are put to the test time after time in this taught crime thriller.

“A gripping debut novel about power, politics and the importance – and danger – of family ties. Hunter Wilson is a compelling new detective and Val Penny is an author to watch.”

Kate Bendelow – author of ‘The Real CSI: A Forensic Handbook for Crime Writers’

“An exciting debut – a police procedural that is refreshing, gripping and witty. I really enjoyed it and can’t wait for the next one.”

“This tartan noire book is a real coffee-cooler. I had three cups of coffee that went cold, forgotten while reading. Val Penny created a cast of characters I want to see in another book as soon as possible.

This is a truly astonishing debut from a writer to watch for the future.

Believable characters, gut-wrenching scenes, and a plot that sizzles along. A taut police procedural that is up there with Ian Rankin, Alex Gray and Quintin Jardine.” 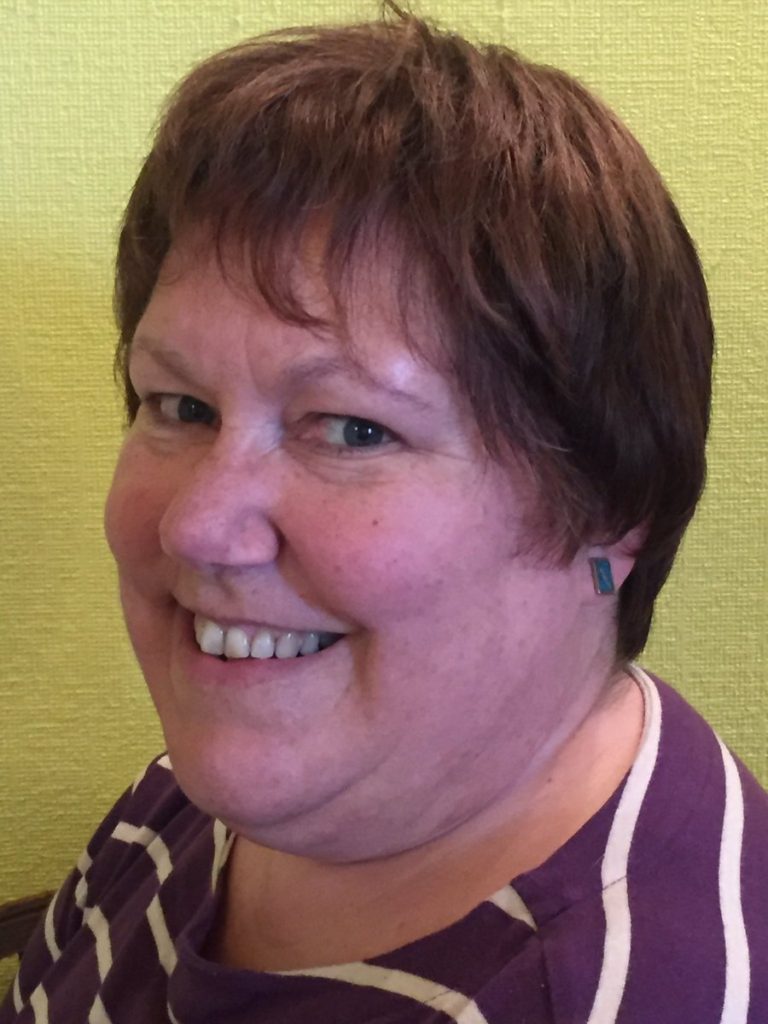 Val Penny is an American author living in SW Scotland. She has two adult daughters of whom she is justly proud and lives with her husband and two cats. She has a Law degree from Edinburgh University and her MSc from Napier University. She has had many jobs including hairdresser, waitress, lawyer, banker, azalea farmer and lecturer. However she has not yet achieved either of her childhood dreams of being a ballet dancer or owning a candy store. Until those dreams come true, she has turned her hand to writing poetry, short stories and novels. Her first crime novel, ‘Hunter’s Chase’ set in Edinburgh, Scotland will be published by Crooked Cat Books on 02.02.2018. She is now writing the sequel, ‘Hunter’s Revenge’.