The adage “red sky at night, sailor’s delight, red sky in morning, sailor’s warning” summed up Friday, the 15th perfectly. Look at the beautiful sunrise in the first two pictures. Gorgeous, isn’t it? 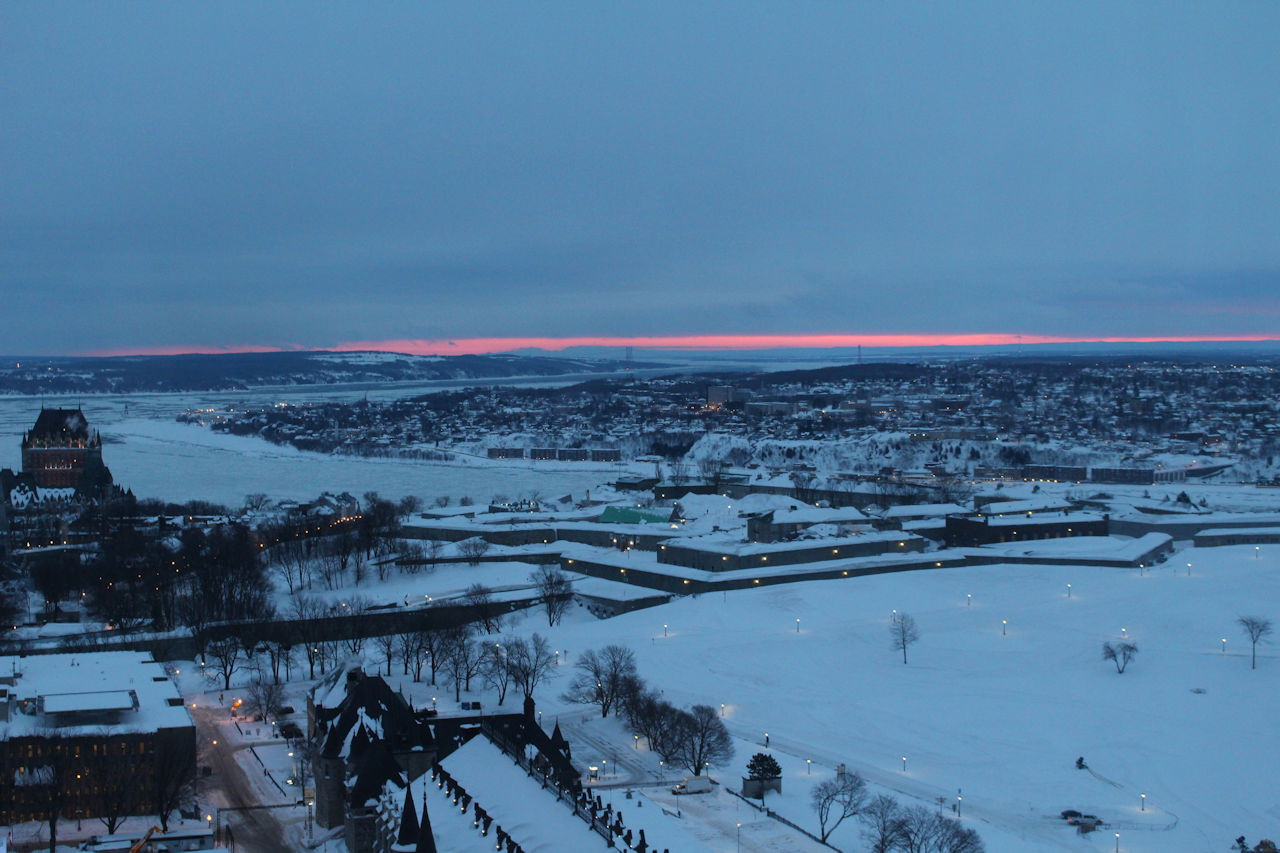 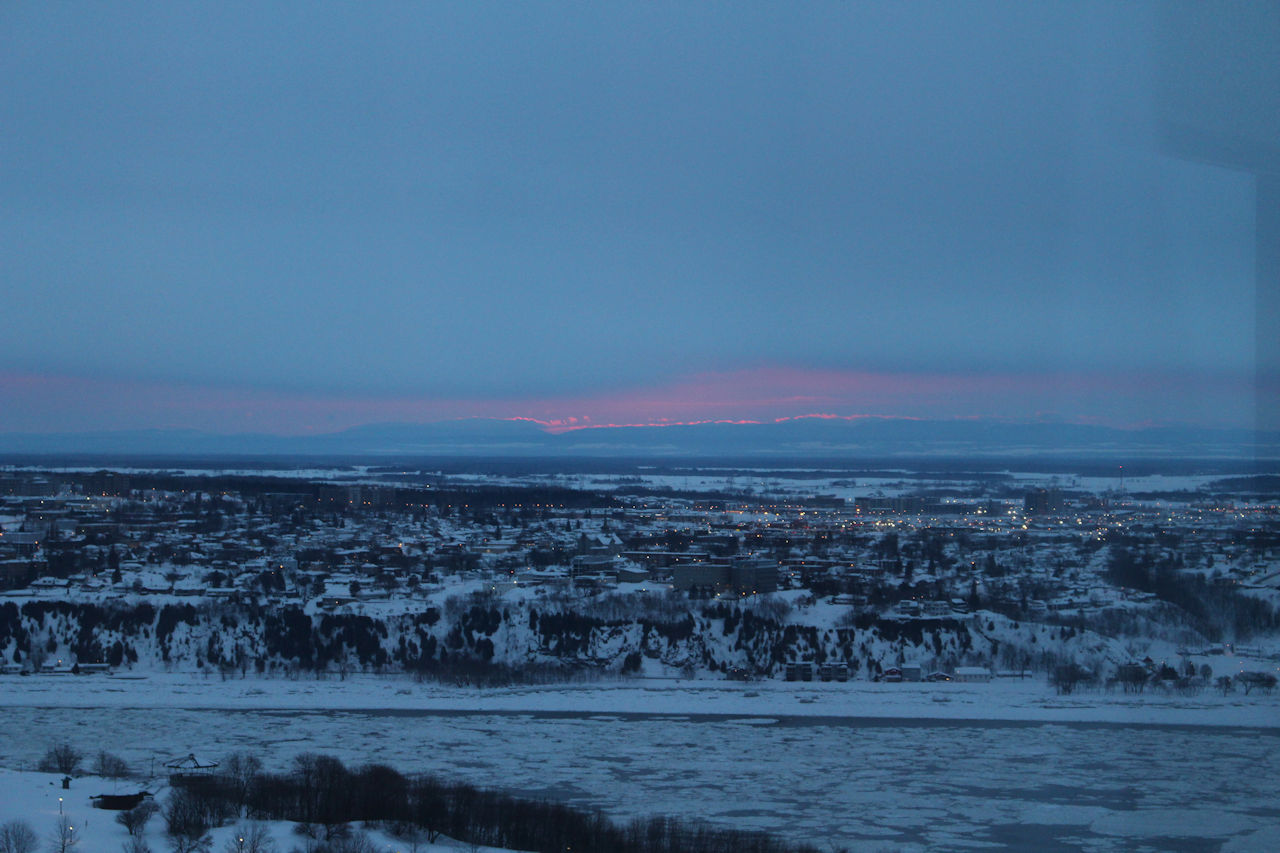 How about now? This picture is of the same view as when we arrived, but the snow was so heavy, practically the entire vista vanished. The tower on the Parliament Building is barely visible! 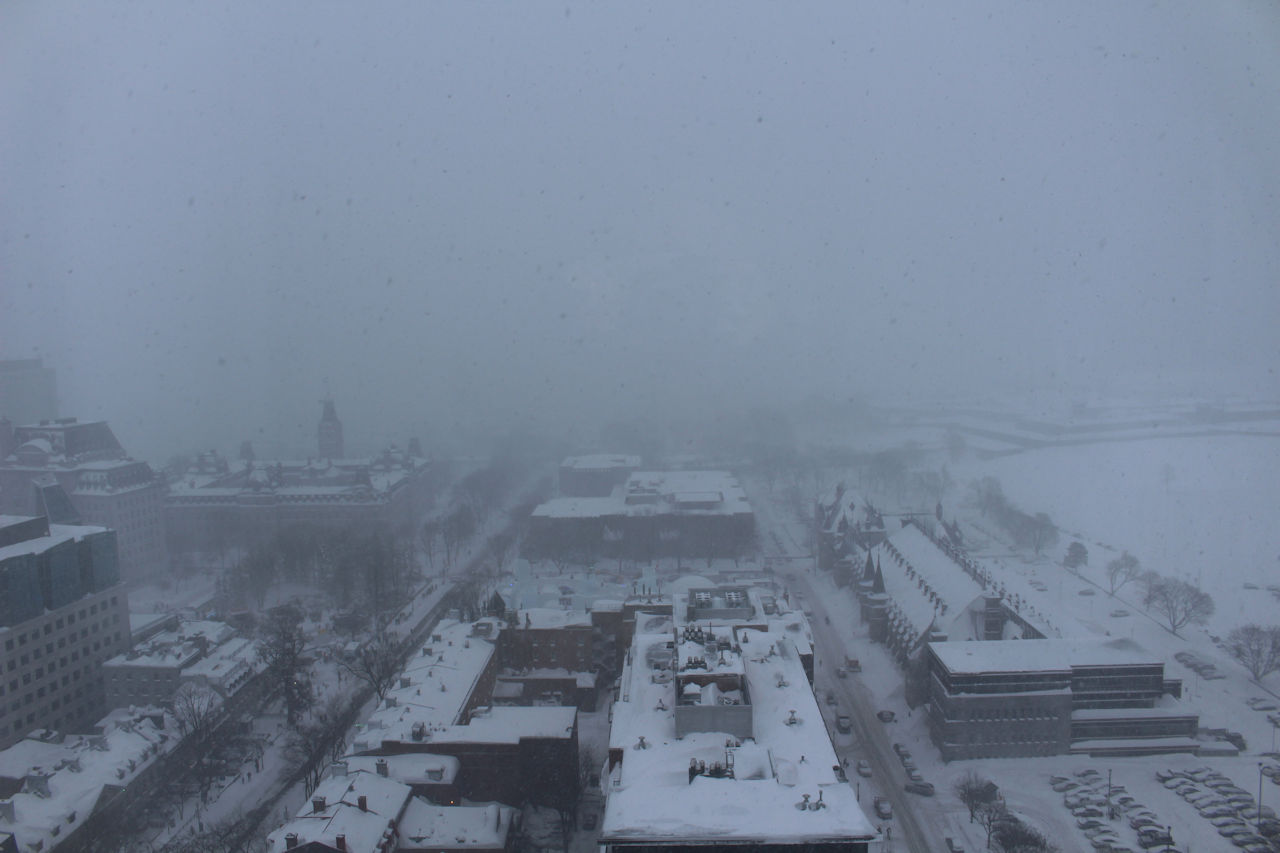 After breakfast, we girded our loins and headed off to the Metro supermarket on Avenue Cartier for more French’s Sweet Onion Mustard, which is no longer available in Ontario. 😒

Some of the restaurants along Grande-Allée had ice sculptures in their patio areas, but the best ones were in Lower Town. These are just a few.

Created from ice, and it’s a slide! Okay, there’s some bare plywood showing. Remember this picture.

Back to the sculptures.

When we reached this spot, we were asked to take a photo of a group of people with Bonhomme. The young lady taking the picture wanted to be included, so handed me her phone and I snapped some pictures for her. In return, she captured this one of us. If you look closely, you can see Buddy’s nose sticking out of the ‘book’ bag between Bonhomme and me.

So much snow already on the ground, and now with today’s dumping, folks were removing the snow and icicles from their roofs and eaves. This wet stuff was perfect snowman making snow, and with too much weight, a roof could collapse. 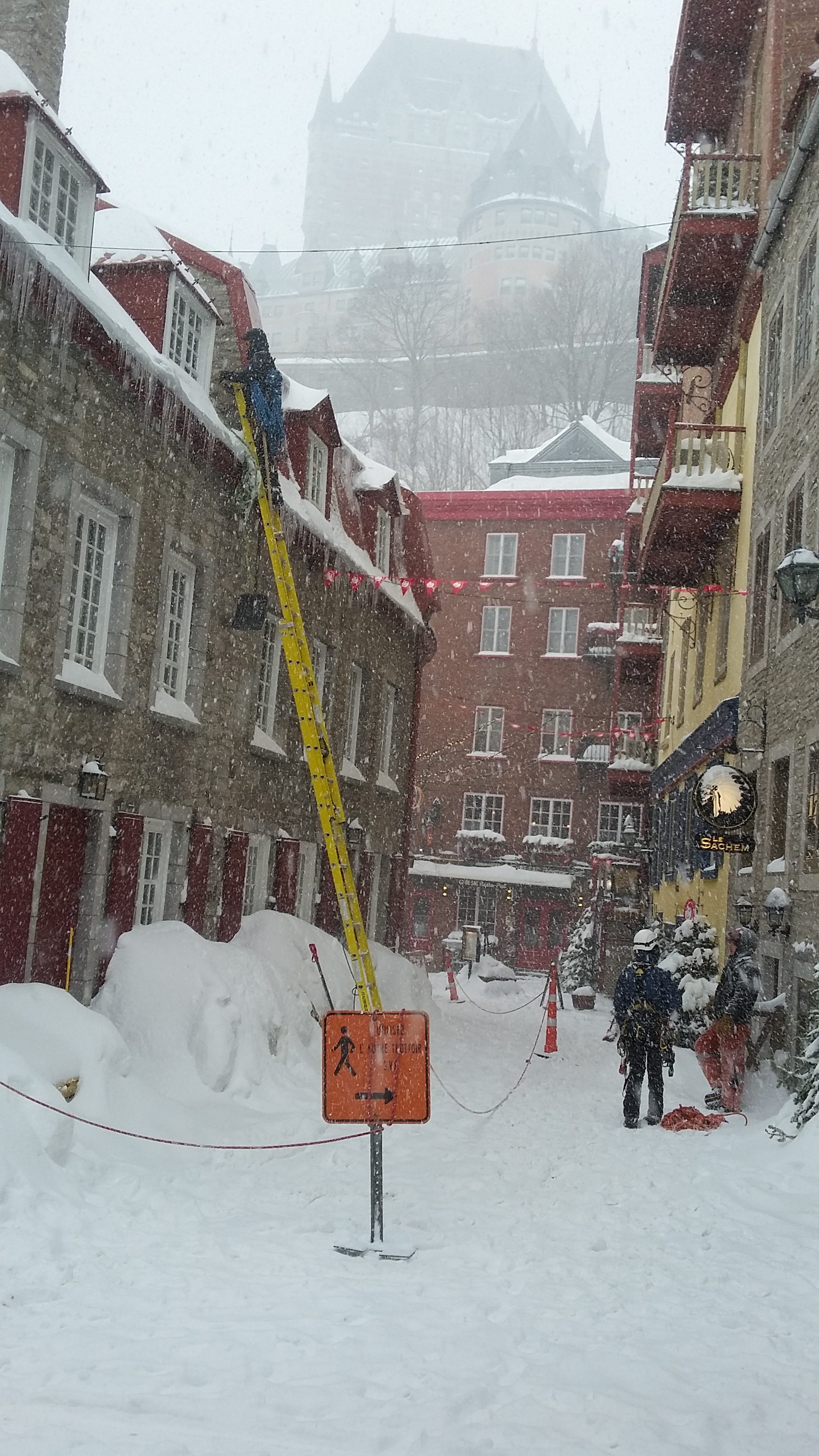 After riding the funiculaire to the top of the cliff, we trundled off to Pub Saint Alexandre for a well-deserved drink and a chance to dry out. While there, we bought official Carnaval tuques. Our stuff was so wet; I didn’t think it would be dry by morning and wandering about in the cold in damp clothing does not bode well for one’s health.

This arch was outside Cosmos where we had supper. Just out of the picture on the left is another ice slide. 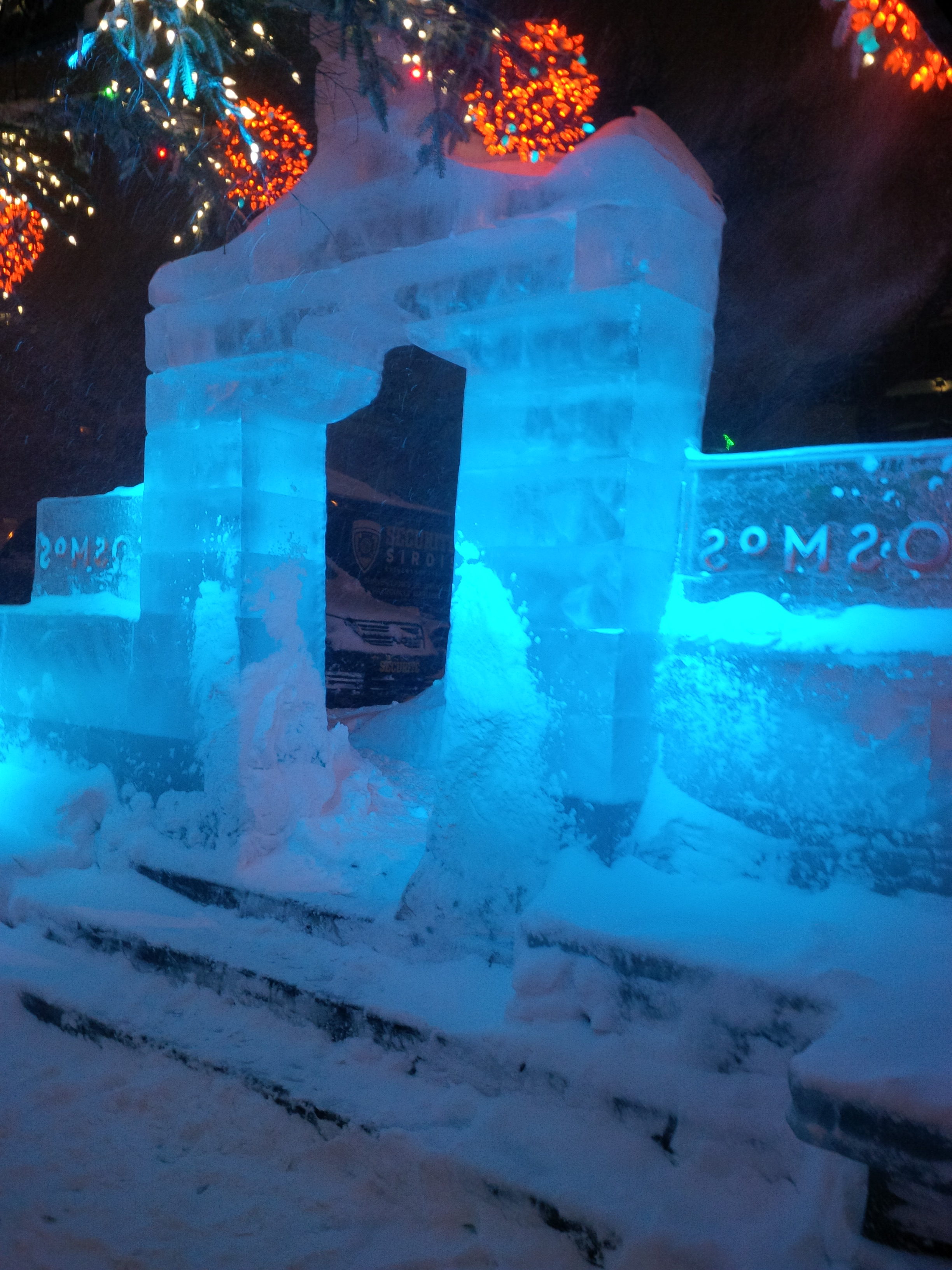 Tomorrow is Saturday, and they say it will be a fine day. We’ll see if they’re right.