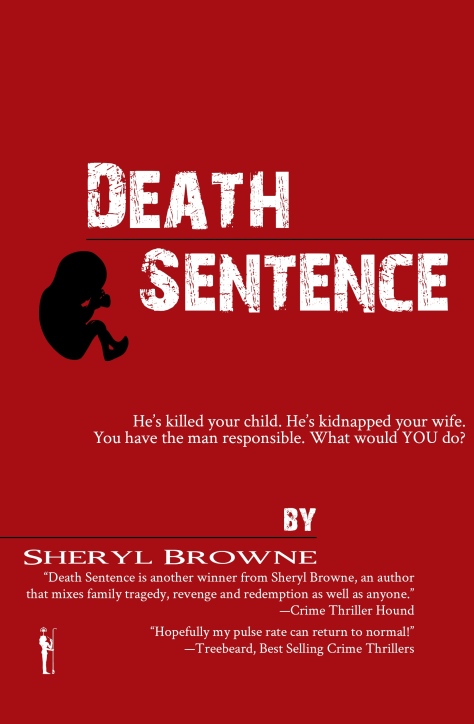 Reviewed by a top Amazon Reviewer at Best Selling Thrillers and given a glowing FIVE Stars, Sheryl Browne’s new thriller Death Sentence is now available on Amazon! “This was such an excellent read. I found myself having to force myself to breathe. Well done Sheryl! Once again you’ve produced a book with such an array of plots and yet showing that love is still possible throughout tragedy and conflict”. – Treebeard

*The title of the book, DEATH SENTENCE, was suggested by a chief constable who also offered the author guidance on forensics and police procedure.

Death Sentence – He’s killed your child and kidnapped your wife. What would YOU do?

When Matthew’s child becomes a casualty of the war between them, does Matthew want justice? Or does he want retribution? When Patrick’s brother is shot down like a dog in a drug bust gone wrong, Patrick wants payback. He wants Matthew. Or the copper loses his pretty, pregnant wife. As far as Patrick is concerned, it’s quid pro quo.

An edge-of-your seat story of revenge.

Sheryl’s new contemporary romance novel was recommended to the publisher by the WH Smith Travel fiction buyer. THE REST OF MY LIFE comes to you from award winning Choc Lit.

ECOPY OF THE EDGE OF SANITY