There has been a multitude of photographs making the rounds on social media of wiener dogs in Halloween costumes – aka Halloweenies. Well, Buddy had to show off his costume and here he is – my little Halloweenie. 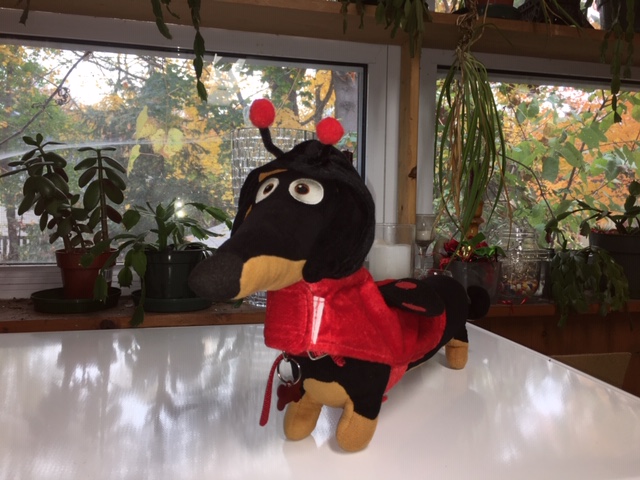 Doesn’t he look cute dressed as a ladybug?

Little Seaumus, not to be outdone, had to have his own costume. What do you get a Scottie dog wearing a tartan coat? A vampire cape, what else? 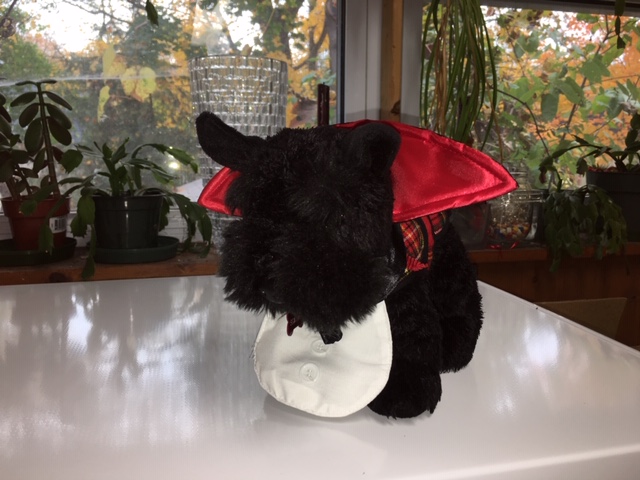 The two went to the market in costume with me this past Saturday to promote their book, All Aboard the Canadian with Buddy and his Four Fantastic Furry Friends!, but being outdoors and temperatures barely above freezing early in the morning, my phone locked up and I lost the picture of ‘the kids’. 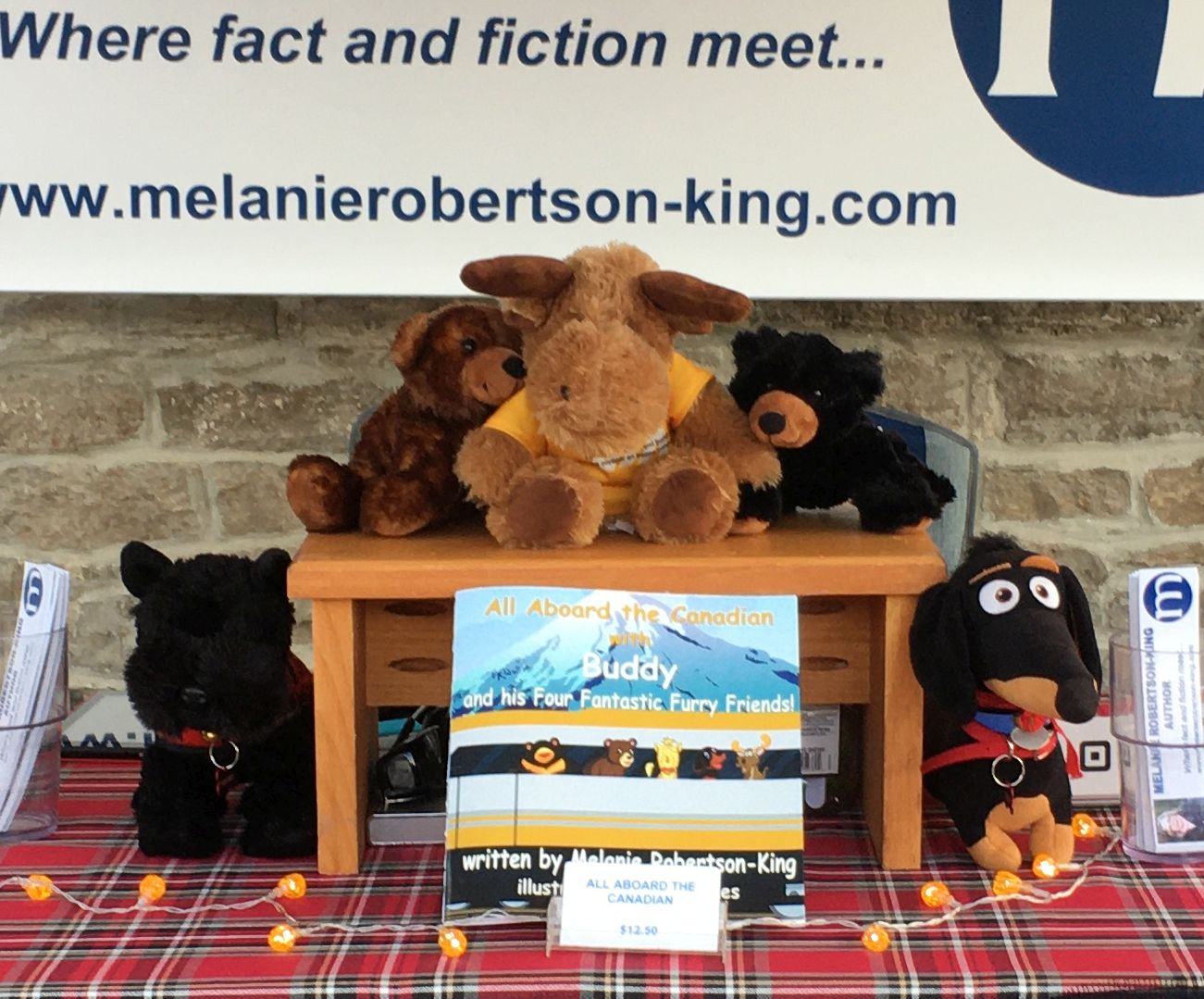 This picture was taken the previous week. At least the pumpkin lights were on the table and the spider web. You’ll have to use your imagination to see the two boys in their “Halloweenie” costumes.

Robbie Raven who promotes my novella, The Secret of Hillcrest House felt a little like a poor cousin because he didn’t have a costume. I let him try on the vampire costume. It suits him well, don’t you think? I might have to go buy him is own. 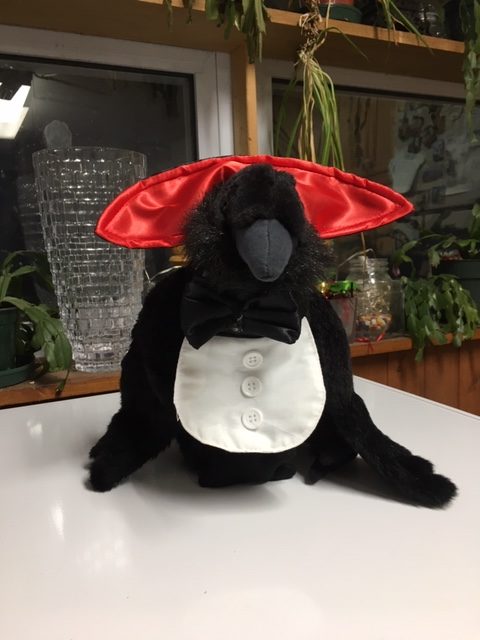 If you’ve enjoyed my short story, A Halloween Tale, in the past, you can read it here.