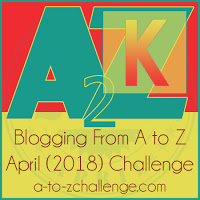 K is for Kingston

We’re back in Canada today, Eastern Ontario and the city of Kingston. Located on the north shore of Lake Ontario where it narrows into the St. Lawrence River, Kingston is a historic city.

At the eastern end of the city near the Cataraqui River stands Fort Henry, a stronghold built in the 1800s.

Kingston is also famous for the former Kingston Penitentiary (home to some notorious criminals before its closure) and the Prison for Women.

Sir John A. MacDonald, Canada’s first Prime Minister, lived in Kingston in Bellevue House. Rumour has it; he consulted with the Witch of Plum Hollow over the location of the nation’s capital.