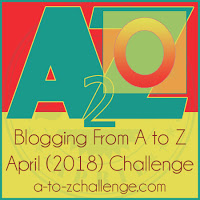 O is for Ottawa

We’re back in Canada today in the nation’s capital for O is for Ottawa day of the #AtoZChallenge.

Today’s post ties in with K is for Kingston. It was in Kingston that the Prime Minister at the time, Sir John A. MacDonald is said to have consulted with the Witch of Plum Hollow (also known as Mother Barnes) regarding the location of the what would become our capital.

Below is the centre block of the Parliament Buildings during a changing of the guard ceremony.

In addition to being the capital city of Canada, Ottawa is well-known for the Rideau Canal. In the winter, it becomes the nation’s (if not the world’s) longest skating rink. The city boasts two universities – Carleton and the University of Ottawa and some college campuses.

If you’re interested in the paranormal, Ottawa doesn’t disappoint. Some buildings in the city are reputed to be haunted.

The Bytown Museum is and one of the stops on the Haunted Walk of Ottawa tour.

And, if you want to stay in a place that’s haunted, there’s the former Ottawa jail.

There’s much more to say about Ottawa, but the best way to experience the place is to visit.

I have loads of pictures taken in the city, but they must be “pre-digital” camera and tucked away in photo boxes because when I searched the computer(s), I couldn’t find a one. *sniff*