When the Mermaid Sings 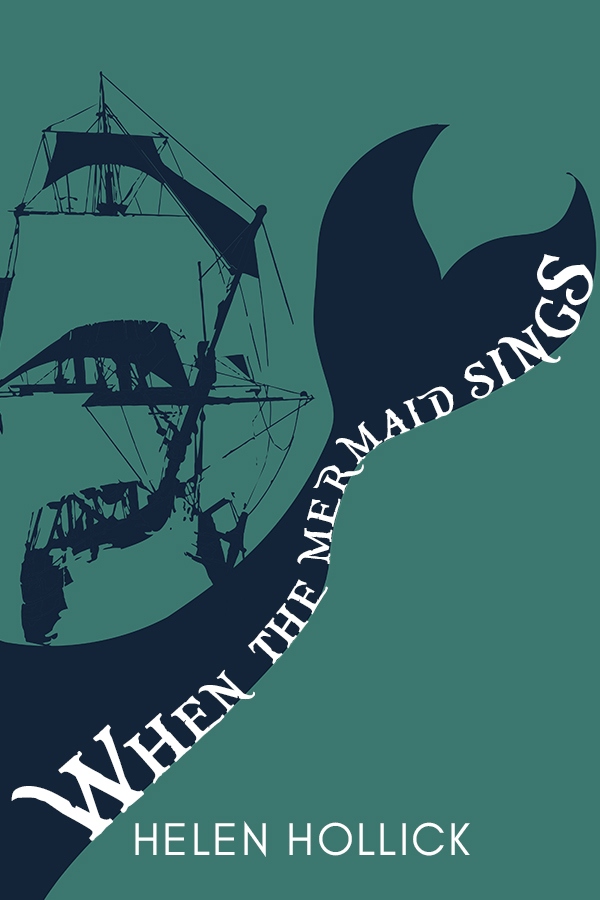 Series: The Sea Witch (can be read as a standalone)

An early coming-of-age tale of the young Jesamiah Acorne set in the years before he becomes a pirate and Captain of the Sea Witch.

Throughout childhood, Jesamiah Mereno suffered the bullying of his elder half-brother. Then, not quite fifteen years old and on the day they bury their father, Jesamiah hits back. He flees his home, changes his name to Jesamiah Acorne and joins the crew of his father’s seafaring friend Captain Malachias Taylor aboard the privateer Mermaid.

Jesamiah makes enemies, sees the ghost of his father and hears the mysterious voice of a Cornish girl in his mind. But can he avoid the beguiling lure of a sensuous mermaid…?

As followers of Jesamiah Acorne’s various nautical adventures know, the series of Sea Witch Voyages starts in January 1716 with Jesamiah, not yet a Captain of his own ship, about to take part in a pirate ‘Chase’ and a fight at sea with a prospective Prize.

He is aboard the Mermaid, with Captain Malachias Taylor in charge, and the opening scene, set off the coast of Africa, leads the way to what will be a turning point in Jesamiah’s life.

But what of his life before the events of Sea Witch? We know from the backstory that he fled his home in Virginia to escape the vicious bullying of his half-brother, Phillipe, and then crewed with Taylor, but how did that happen?

How did he learn to be the experienced seaman – and pirate – that he is?

How did he learn to fight?

What adventures, and risks, did he face in those days of his youth?

How did he develop from the frightened boy of not quite fifteen years old, to the cocksure, confident Captain that he became?

A man was bending over him, taking his arm, half-shaking it, half-assisting him to rise. Jesamiah looked up into a face with weatherworn, tanned skin, several teeth missing and a beard that was more grey-grizzled than the brown it had once been. Bright eyes sparkled beneath a three-corner hat that sprouted a feathered plume.

“You alright?” the man asked again.

“Yes, I think so,” Jesamiah answered, scrambling to his feet. He was at the harbour – how had he got here? Three ships, in addition to Anna, rested at anchor, the nearest sporting a splendid figurehead with carved seaweed hair draped over her bare breasts; her fishtail curled as if clinging to the bow itself. Mermaid.

“You sure?” the sailor asked again, his hand still clasped to Jesamiah’s arm.

“Not surprising,” the man said with a nod and grim smile. “That’s some cut to your head. You came down quite a wallop.”
Touching his fingers to his temple, Jesamiah looked at the sticky smear of blood left on them.

“I saw you take the tumble as I were coming ashore. Noticed you earlier, too, with Tom Markham?”

Jesamiah nodded, then wished he hadn’t. “Aye, from Anna over there.” He pointed her out.

Not risking another nod, Jesamiah confirmed that he was.

“Nasty piece of work. I’d as soon shoot him as serve with him.”

Not making a comment that could land him in trouble, Jesamiah answered, tactfully, “You know him, then?”

The man indicated a scar on his face. “We had a serious falling-out a few years back.”

The dizziness clearing, Jesamiah took a deep breath and was grateful that the man made a grab for him as he again tottered precariously. He attempted a jest: “I’m not sure if it’s the wound or not finding my land-legs yet. The ground’s pitching as much as the deck did.”

“Ah, you’ll soon adjust, son. Your pa always takes a few hours to do so.”

That cleared Jesamiah’s head as efficiently as a dousing with a bucket of cold seawater. “My pa?”

The man studied the boats at anchor in the harbour. “Aye. I take it Charles is not here? No sign of his vessel out there. Has he sent you off to sea?” The man chuckled. “’Bout time, if you ask me.”

Unexpected tears swam in Jesamiah’s eyes. He rapidly blinked them aside. “My father passed away a few months ago.”

The man removed his hat, wiped his hand across his mouth and nose, sniffed loudly and blinked as rapidly as Jesamiah had done. “I’m sorry to hear that, lad. Right sorry. He was a good man.”

Taking a step backwards, the man held out his hand. “You are, of course, Jesamiah? You are the image of Charles. Got your ma’s dark Spanish eyes and hair, though.”

Initially tentative, Jesamiah hesitated, but took the proffered hand and gripped it in a firm handshake. “My apologies, but you are…?” 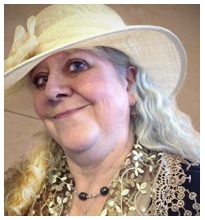 Helen Hollick moved from London in 2013 and now lives with her family in North Devon, in an eighteenth century farmhouse surrounded by fields and woodland. She owns variety of pets including horses, Exmoor ponies, dogs, cats, chickens, ducks and geese.

First published in 1994 her passion now is her pirate character Captain Jesamiah Acorne of the nautical adventure series The Sea Witch Voyages.

Helen became a USA Today bestseller with her historical novel The Forever Queen (titled A Hollow Crown in the UK). This is the story of Saxon Queen Emma of Normandy. Her novel Harold the King (titled I Am The Chosen King in the US) explores the events that led to the 1066 Battle of Hastings. Her Pendragon’s Banner Trilogy, set in the fifth century, is widely acclaimed as a more historical version of the Arthurian legend.

She has written non-fiction books including Pirate – Truth and Tales, a book about smuggling (due to be published 2018) and Discovering the Diamond, a short advice guide for new writers interested in self-publishing which she co-wrote with her editor Jo Field.

Helen is published in various languages including Turkish and Italian.